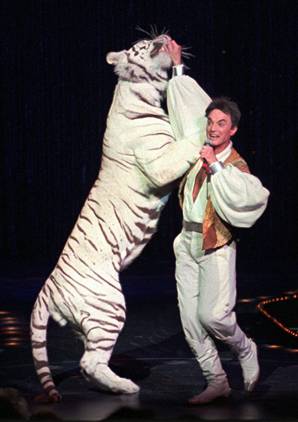 In our offices, everyday it seems like Zack gets a piece of Hate Mail from just about any and everybody you could imagine. Here are some of the keepers:

I’m only going to say this once, because that’s how many times I have to say something before a situation I find bothersome is resolved, once and for all: Stop your stupid blogging and writing. Stop immediately. The second time I said ‘stop’ was not me having to give you the command twice; it was me graciously giving you a timeframe in which you need to work.

I only need to say it once because, quite frankly, I can eat you. This is different than when you say “I can eat you” because your sentence is a hyperbole, while mine is a statment of fact. You can hunt ducks, or deer, or even little dumb squirrels. But you have to sit, wait, shoot, chase, possibly shoot again, collect, clean, cook and then the process is complete. All of those steps are circumvented by me: I see, I eat.

I can circumvent you into my large stomach and sleep like a baby that night, I kid you not.

There is nothing that can stop me from doing what it is that I do, and that is carving up whatever I want with great, great ease. Not only that, but I am convincing enough to get away with it. Don’t you dare doubt my persuasiveness. I’m almost as good at manipulating stupid, dumb, fat, ugly people – such as yourself – as I am devouring them. I say “almost,” because to say otherwise would be foolish. I am no fool.

I’ve done it before and I can do it again. I’ve done it in broad daylight. On a stage. In front of an audience. With cameras and other recording devices in plain sight, operational, and operating.

These two guys I used to let hang out with me – Siggy and Ray – got a little too familiar around my neck. I don’t mind pleasing people (it’s the third best thing I do, behind persuading and killing, but just before my French culinary skill), so I let the kids walk me around. While he’s walking, he jerked my neck. “Ray,” I said, only once. “You need to chill.” Like a steak dinner with a mouth and a bedazzled one-piece suit, he replied “My name is Roy, and you can’t talk.”

Who do they think there are? Are they the jungle cat? Are they sleek and powerful and beautiful? Watch me jump 15 feet and put a claw through Ray’s eye. You see how much precision that takes? My GOD this is fun.

Those were just some of the thoughts that were running through my remarkbly agile brain before, during, and after I cut that chump. That took you, what, 12 seconds to read? It took me less than one second to think and do all of those things. One second, he is normal. Next second, he is NOT normal. He is bleeding profusely and wishing earnestly that he had not been such an idiot toward a talking, congniscent animal who was born to kill. Born. To. Do. It. Hoes.

And do you remember what my probable dinner was saying as they were wheeling him out a la carte? “Don’t shoot the cat!” He knew a couple of things then, some of them I had just learned him good (don’t even think about correcting my grammar): Bullets can’t kill me and my revenge would be bloody, swift and full of spite and pain. Shooting me, RayRay pleaded on the stretcher, would only seal their fate.

But let’s face it, their fate was already in my hands. Or in my mouth. Whichever I feel like. News flash, kids: Their fate? Still in this slick paw o’ mine. Luckily, the fifth best thing I’m known for, after the killing, persuasiveness, ability and will to please (uh, showmanship?) and frech cuisine, of course, is magnamity. I am the Ron Howard of lethal critters. I’m the nicest Tiger you’d ever meet, and that’s saying something, because most Tigers would just cut you down with a smile. Oh, I’m adorable. I’ll play with a pallet of yarn and coo and get you wrapped around my little finger. Until I want to eat you.

And frankly, you look delicious. Pray to the God of balding, portly men and thank Her for my magnamity. And Nabisco for making such delicious Teddy Grahams, on which I am currently full. Speaking of that magnamity; here’s a freebee, and a second demand – stop writing. That is all from me today. Don’t write back.