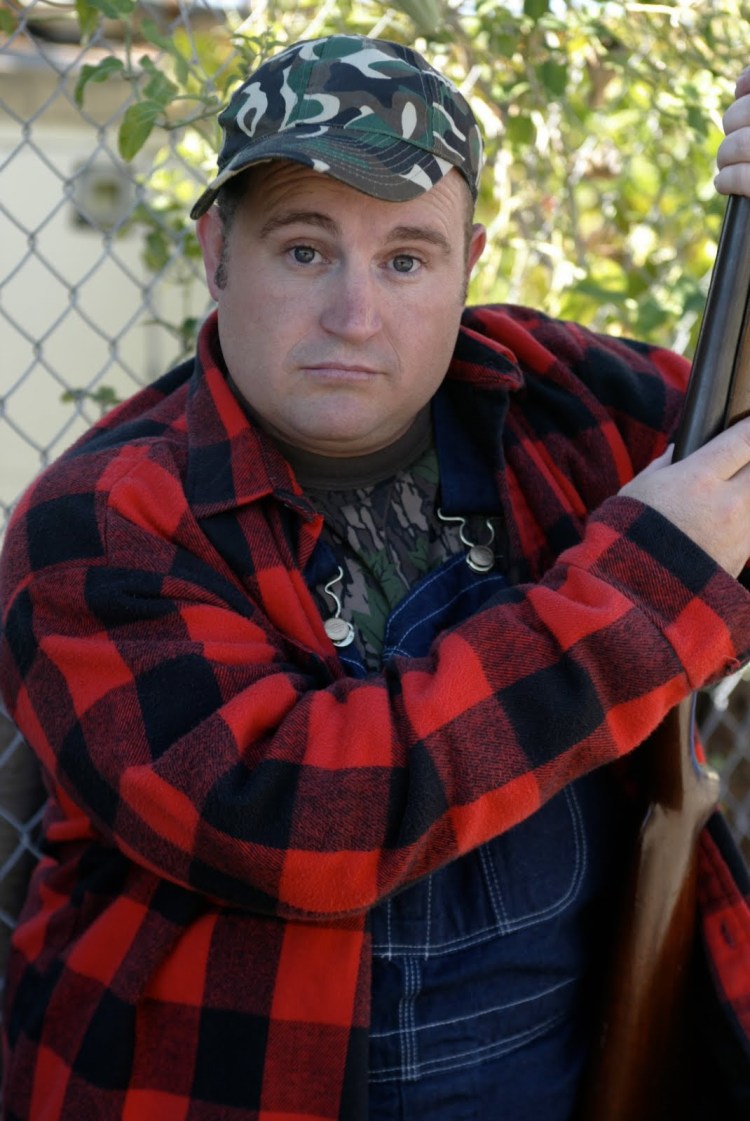 To better connect with our audience for pop culture analysis, we are employing the services of someone who gets Real Americans and can share their values through his analysis. From Goose Knuckle, Alabama, here’s our pop culture correspondent, Danny Joe Hampel, Jr.:

If you’re like me, every night at about 6:30 you’re watching the 30 minutes of comedy-game show bliss known as Are You Smarter Than a Fifth Grader? Sometimes I let the ole TV keep runnin’ if there ain’t nothing else on, but after tonight, I’ma hafta switch her to OFF and fast. Tonight, that show Glee comes back from its hiatus and brother, get ready to watch it with pursed lips and an angry heart.

Unless you like watchin’ a buncha Godless heathens, adulterers, sodomites, and homasecktuals runnin’ around singing bout golddiggin’ and gettin’ cheerleaders pregnant, all limp-wristedly. None for ME or my childrens, thank ye kindly.

The story’s about these people in high school who all have to be in this club where people sang, and dance, and wear bright clothes, and accept people’s differences, and be friends with the kid in a wheelchair, and sin sin sin. Hell, they even got the danged ole QUARTERBACK in there dancin’ like Tina Turner, like he’s a gay! Then they got one guy who ACTUALLY IS A GAY. Call me ole fashioned, but I thought that’s why they invented cable TV, so all the idolators and raggamuffin liberals could watch their HBO and TBS without taintin’ decent Christian Americans’ airwaves. You can keep these folks, that Barack HUSSEIN Obama, and Lady Gaga on your MTV, sinners!

I didn’t mind it when they sang Beyonce’s “Single Ladies” I mean “Don’t Stop Believin.'” I also kinda liked “The Thong Song”, cuz I like it when Becky wears em. Hehe.

The only part I really do like is that ole cheerleadin’ coach, though, Sue Sylvester? Now THERE’S a classy lady I can support. If your little girls are watchin’ it for the songs and dance – your boys ought not be watchin’ it – she’s worth watchin’ the show. She ain’t out there runnin’ around, flittin’ and flarin’ around like some sort of Jezebel. She’s doin’ what women were brought to schools to do: teach cheerleading and some other stuff. And no, she don’t put up with none of that gettin’ pregnant out-of-wedlock, or doin’ drugs, or bein’ nice, or anything like that. Why, she’s as straight as an arrow…wouldn’t be surprised if her husband weren’t a reverend if you ask me. Her and Sarah Palin? They’re what Becky calls my Dream Team. She’s cute like that.

But as for the rest of that show? Why it can just ride its sangin’ and dancin’ bus down to hell where the Devil himself is gon start playin’ his own music. Then, they’ll know what it’s all about!

I just can’t wait for Barack HUSSEIN Obama to get outta office, so we can make a show like that illegal again. I mean, who needs it? I sure as heckfire am happy as heck watching Jeff Foxworthy ag’in and ag’in. I don’t need to watch as Lea Michele belts out Broadway-caliber ballads, which can bring a tear to a grown man’s eye and make him feel love again. I don’t need any of that hilariously quirky guidance counsellor wooing the heartachingly sensitive Will Schuster, the Glee Club teacher, who’s just been all dejected and stuff by his misbegotten wife, who lied to his face about carrying Will’s baby. THERE WUDDN’T NO BABY AT ALL! I won’t miss seeing how this whole Finn, Quinn and Puck love-triangle-baby-drama unfolds. Last time, it was all Finn could do not to beat Puck, his best friend, no less, into the ground for impregnating his girlfriend, the head cheerleader. Is Quinn getting back with Finn? With Puck? I DON’T KNOW BECAUSE IT’S NOT NOT ALL I THINK ABOUT EVERY NIGHT. But what about Kurt? He loved Finn too, but what, just because he’s a homasecktual he can’t get what he wants? And what’s going on with regionals? I heard Idina Menzel, who was Elphaba in the musical Wicked, is coming on to play a rival team’s vocal coach in later episodes (PS – Just when I thought they’d outdone themselves with Kristen Chenoweth, now they’ve really done it!)?! I hope that’s the case. I mean, I’ve been a HUGE Menzel fan since she was in Rent. Did you know she married Taye Diggs after they both did that show? Isn’t that just the BEST? I hope HE comes on the show too! That’d just be too much! Just too MUCH!….

…to handle. Uh. I’d have to write my congressman after that. You know. Uh. I’d be so mad. At that show.